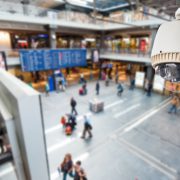 Property damage and property crime at schools and public areas have become alarming in recent years. School surveillance systems have proven to be a main deterrent against wrongdoings and criminal acts before they can occur.

The greater availability and advancements in technology have enabled the development of better security systems. In fact, there is a growing need for these systems against crime prevention all over the country.

As proven to be effective in the areas of business, residential, and school premises, millions of people all over the world have taken to adding surveillance systems as an active deterrent to crime.

The proliferation of school surveillance systems have made it easier for law enforcement personnel to deter crime and aid in their investigation against those who were caught in the act. Moreover, it will be easier to prevent property crimes because Leverage Detect’s surveillance systems can detect any person or animal entering a restricted area or any movement in the surroundings, and even send a warning sound to alert nearby residents.

School surveillance systems can also be a great tool to keep students, and parents, aware that somebody is always looking after them. With a unified surveillance system, first responders will be able to coordinate with school officials to better handle emergencies should they arise during school hours. A unified system will also be effective in deterring property crimes, to the school itself, after school hours.

Public safety has been one of the City’s highest priorities, researching a city-wide video surveillance solution as far back as 2006. After years of research and some proof of concept experiments, they went through an RFP process and engaged Leverage Information Systems to complete the initial phase of what was to become the Public Safety Video Network (PSVN).  This unified video surveillance will integrate each school’s surveillance network with the City of Rancho Cucamonga’s Public Safety Video Network. Such a system allows law enforcement officers to monitor live activity and respond to threats effectively.

The initial deployment was authorized in 2013 and consisted of approximately a dozen cameras positioned around the perimeter of the Victoria Gardens Shopping Center and portions of the Foothill Boulevard corridor. All cameras recorded events 24/7 and were available for review or export within the Police Department’s Video Control Center. Over the years, the City of Rancho Cucamonga continued to invest in the PSVN expanding the number of cameras throughout the city. Initially, only existing city buildings and properties were incorporated into the PSVN. This included such locations as the City Hall complex, public libraries, and senior centers and eventually included large venues such as the Metrolink Station Parking Facility and the Epicenter Stadium.

By 2015, the City of Rancho Cucamonga  decided to further expand the PSVN and integrate that technology with the various school districts within the city. By 2016, the Cucamonga School District was the first district that was ready to begin the research towards implementing a solution that would allow them to connect with the City of Rancho Cucamonga’s PSVN.  The district worked with engineers and designers from Leverage Information Systems to develop a full-scale plan that would cover all four of their campuses as well as their district office. The Cucamonga School District is unique in that all of their campuses are linked together by a 10 Gigabit fiber infrastructure providing an abundant source of bandwidth throughout the entire district.

Rancho Cucamonga continues to be one of Southern California’s most family-oriented cities, encouraging community-driven solutions for public safety. This type of innovative and collaborative sharing between the city and the school district is a key component to the vision of the Rancho Cucamonga Public Safety Video Network and a core component of Leverage’s Surveillance Practice. 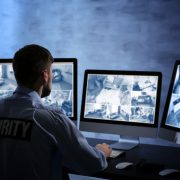 The responsibility of running schools is enormous. For this reason, large schools have many responsibilities, and they need to be completely prepared if something goes wrong on their premises. That’s why, video surveillance technology is essential in making school districts a safer place for students, faculty, and administrators. One effective way of dealing with this type of situation is to employ municipal video surveillance systems.

The Presence of Security Systems

Simply the presence of security cameras in plain sight has shown to reduce criminal activities in many areas. This is because nobody wants to be recorded while committing any wrongdoing, much more with any illegal activity. Therefore, when students know they are being watched, they are more likely to show their best behavior.

In fact, it can provide a number of benefits for everyone, which include the following:

Setting Up a Unified System

The challenge for this type of technology is when it becomes a hindrance for emergency responders when they are given little or no support in terms of tactical crisis management or strategic analysis.

This would offer both municipal and police departments the ability to monitor critical structures and infrastructure for incidents of threats to valuable assets, unauthorized access, and vandalism. Such could be used as evidence in court.

Sharing surveillance cameras will enable different agencies to work together and apply the appropriate technology. This will bring agencies together and help law enforcement to respond as quickly as possible. This could also help in the event of emergencies wherein they could plan rescues at the most critical moments.

Municipal video surveillance systems enable authorities to find which areas are covered by which cameras. So when there is a crime, this would help the public to utilize safer routes and improve locations of newly installed cameras on the basis of criminal patterns.

This would enable the location and identification of public-network cameras, which could even determine the orientation, whether indoors or outdoors. The addition of public cameras would substantially enhance the surveillance systems’ coverage. In addition, it would offer data for the improvement of public safety by enabling law enforcers to check whether it is of satisfactory coverage.

Many areas in the United States have already increased security by sharing video surveillance. Municipal video surveillance systems integrate cameras from schools to the authorities, sending additional information to responding officers, log the crime for future reference, and provide context on where the incident happened. Contact Leverage Detect today to learn more.

The Beaumont Unified School District approved the expansion of their video surveillance network during their regularly scheduled district meeting.  Included in the expansion are eleven Beaumont Schools as well as a new elementary school scheduled to be built later this year.  Additional cameras will be added to the Beaumont High School which was part of the Phase 1 deployment completed in 2017.

The district’s Board of Supervisors previously approved a Memorandum of Understanding (MOU) between the district and Beaumont Police Department.  This MOU grants the PD access to the district’s cameras to enhance the PD’s ability to respond to any school related security issues. 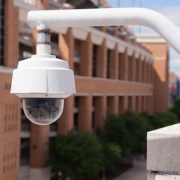 The growing cases of negligence and violation of children’s innocence have raised concerns for parents and individuals in society. So the importance of providing school surveillance to ensure that children are safe is more than needed these days.

One way of doing this is to be vigilant and keep an eye out for any deviations in the behavior of children. We have to look out for anomalies that will enable us to spot that there may be something wrong. Even if we ask them, chances are a child may not always be straightforward, so we have to know how to analyze their behavior.

Looking After Our Children’s Safety

The limitations of being human make us prone to overlook some things or to get careless at some point which is a hindrance for this campaign. Well, the question here is on how children can be assured of safety.

Many schools in the U.S., particularly in the state of California, have adapted this type of deterrent to address increasing crimes against school children, and to school property. The Cucamonga School District in San Bernardino County in the state is among the districts awarded the contract to offer surveillance systems.

It is one of the 4 elementary school districts serving part of the cities of Rancho Cucamonga and Ontario. So, it will provide a school surveillance platform in the district’s 4 school campuses, namely Los Amigos, Cucamonga Elementary School, The Ontario Center School, and the Rancho Cucamonga Middle School.

This platform has integrated the surveillance network of the school with the Public Safety Video Network in the city of Rancho Cucamonga. At the same time, this would create a direct link to law enforcement in the area by allowing them to watch over activity in any of the campuses should any emergencies arise.

Moreover, having a school district surveillance system is essentially required in order to protect school property from danger or any risk. This makes the government as well as the educators liable if they don’t ensure that requirement.

Schools must be among the safest places for students. Since it is the main concern of institutions, parents must also participate in this campaign to deter violence in school, particularly the issue of bullying.

Thus, the benefits of a school surveillance system must be conveyed to everyone in order to prevent bullying and other dangers that commonly happen on school premises. 1 out of 3 American parents worry about bullying but won’t bring it up for fear that the school would introduce overbearing security measures.

Accepting that bullying, or worse, does happen in our schools, allows for solutions to those problems to be heard thus making the school a safer and healthier location for children.

In fact, a study by the National Center for Education Statistics has been presented, stating that there are many negative issues affecting students in the school grounds. These include alcohol use, bullying, sexual offences, and vandalism, among others.

The same study also showed that the increased adaption of school security measures has decreased such negative events. Nevertheless, proper surveillance is necessary, as there are many problems that go unreported by victims.