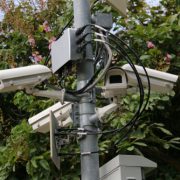 Needless to say, a public video surveillance system can provide invaluable security for businesses and communities. These systems are able to deter people with criminal intent as their crimes can be recorded and be viewed by law enforcement.

This will enable a municipality or business owner to view who has committed a crime. It might also be possible to capture license plate numbers or faces, which can many be invaluable during a criminal investigation.

For instance, a public video surveillance system will help in the monitoring of streets, federal buildings, and subway stations, among other locations. In fact, the police would use face recognition technology in order to facilitate the searching of known fugitives at certain events.

The use of a public video surveillance system has several advantages, which include the following.

Moreover, a public video surveillance system improves the quality of life of the citizens to achieve the goal of peace and order in a municipality or city. This is, in fact, very beneficial because citizens want to feel confident about their safety whether they’re out in their community or inside their homes.

The City of Covina recently upgraded the surveillance capabilities at their Civic Center Parking Garage located in their downtown area.  Covina has partnered with Leverage Information Systems to provide their city-wide surveillance solution and this upgrade was a part of their ongoing deployment.  The multi-level structure included new cameras and wireless links that transmit video to monitoring stations located within the Police Department.  The upgrade was authorized by the city to enhance the security and safety of citizens that make use of this facility. 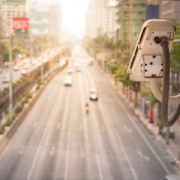 Many companies may have considered the replacement or supplement of existing analog-based products. But implementing a unified video surveillance system into an existing setup can be a perfect solution for them. This is because it can give them a single interface in viewing live images from both IP and analog cameras, as they manage live or recorded video from NVRs and DVRs. This can also give them added capability in managing other security applications, including access control, fire, and intrusion in just one unified system.

The transition to a unified video management platform has several easy benefits. Such would include the integration of existing analog cameras, NVRs, and DVRs that would fit within your timeline and budget. This can also better leverage your company’s legacy equipment and get the most value in the centralization of your video surveillance operations. This will also improve video surveillance operations as you deploy IP cameras, video analytics, and automatic alerts, among other functionalities.

It might be obvious to see the difference between analog systems and IP-based systems. This means that IP-based systems have higher pixel density and better picture quality. It is very beneficial to have a video surveillance system to see exactly what is happening at a particular place and time. However, traditional analog cameras are useful in the security world, which now compete with high resolution IP cameras.

The implementation of unified video surveillance can benefit store managers, who are responsible for chain stores. This is because they can monitor each store remotely for any suspicious behavior from just about anywhere through a network connection.

Both live and recorded videos will be available for viewing any time, which reduces the need for specialists for the monitoring of shoppers in each store. Unified video surveillance also enables rapid evaluation and recognition of crime or emergency so that the appropriate agencies can respond rapidly.

Store owners can also take the alarm from the pedestal and the camera will immediately send an image or clip anywhere through email. Thus, clear face shots of potential criminals for evaluation and redistribution to several other locations.

In addition, a unified video surveillance system uses HD IP cameras to detect faces dynamically and increase the bit rate or the clarity surrounding these faces in real-time. In other words, it can operate at a network-friendly level, as it delivers crystal-clear facial images in an instant.

Overall, the implementation of a unified video surveillance system should also have several other advantages.

Remote security done through a secure link should enable service teams to assess and review system performance from their own operating base.

Riverside, California (US): In 2016, Beaumont Unified School District (BUSD) awarded a contract to Leverage to provide Overt Campus surveillance surrounding their High School, a Football Stadium, and the adjacent District Office. The solution utilizes ProActive Surveillance methodology to capture critical entrance and exit locations via multiple Fixed and PTZ cameras, as well as outbound audio messages to address nuisance behavior.

Part of the solution includes strategically-deployed cameras which utilize high performance analytics to capture intrusions over a large area. A highly secure wireless network was deployed to support the transmission of video to a centrally located Network Video Recorder. Detect Video Management Software (VMS) is used to view live video, and manage recordings and video incidents created for long-term retention.

In late 2017, BUSD and Beaumont Police Department entered into an MOU (Memorandum of Understanding) which permits BPD to view all BUSD within their Detect VMS. This integration and sharing of resources is noted as one of the 1st of its kind in the Southern CA region.

In 2018, BUSD awarded Leverage an additional contract to expand this solution throughout its 11 campuses including several Elementary and Middle Schools, along with an Adult School.  The system will be fully operational in the 3rd Quarter of 2018. All surveillance cameras will be viewable by both District and Law Enforcement personnel. Leaders from both BUSD and BPD are excited to utilize this capability to help keep all BUSD school campuses safe for all students, faculty, and family. 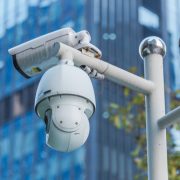