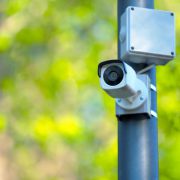 Public video surveillance systems should be integrated with a public address (PA) system to make it capable of audio intervention.

Surveillance cameras serve as eyes on the ground, providing operators a view of what is going on in monitored areas. With a PA system integrated to them, audio features are added, extending camera features to audio.

Imagine a group of people sneaking into a closed park at night. Looking through a camera, many scenarios come to mind on what the group plans to do. With an audio intervention system to go with public video surveillance systems, you can make an announcement and warn them that someone is watching.

Two things can happen—the group leaves or insists on staying. If it is the latter, only then will you have to call law enforcement to the scene.

Going back to the previous example, knowing there are eyes trained on them will ruin any plans they have. Camera operators can then alert law enforcement to be on the lookout should the group choose to take their plans somewhere else.

Responding to a crime or incident involves money. Even more money will be required to fix any damage caused by the incident. If an incident is stopped before any damage is done, the municipality can save money and resources.

The new Sports Center in the City of Rancho Cucamonga broke ground April of last year. It will be bigger than the existing RC Sports Center and will include three indoor and three outdoor multi-use courts, a multipurpose room, concession, and office space for city staff.

The size and number of facilities called for a robust surveillance and security system.

In response to this need, developers worked with city staff and engineers from Leverage Information Systems to develop the appropriate surveillance and security platform for the new facility.

The security and network solutions provider was selected to install surveillance cameras throughout the facility and integrate them into the Public Safety Video Network of the City of Rancho Cucamonga.

The video network is an ongoing project where surveillance-style cameras are deployed all over the city to promote public safety. It started in 2013 with the Victoria Gardens Shopping Center and parts of the Foothill corridor receiving the 12 cameras that were first deployed.

The project continued to expand over the past 5 years and now includes a variety of city facilities and properties open to the public and some of the school districts within the city.

According to the City of Rancho Cucamonga, the cameras add a layer of security that ensures public safety and enhances the citizens’ quality of life. People who frequent locations where the cameras installed will have a sense of security.

When completed, the new Sports Center will provide a sports area for the community that is centrally located.

It is expected that the number of visitors to the new facility will double. Thus, the need for a robust surveillance and security platform.

The role of Leverage Information Systems is just one of the advanced design considerations for the project.

As what RJM Design Group’s Zachary Mueting said, “The city put a lot of forethought in how this building will evolve. It wasn’t just built for today. It’s been designed for the evolution down the road.”

RJM Design Group is the architecture firm chosen for the project. 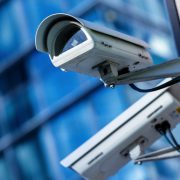 With several communities spread out in different areas, surveillance camera networks are vital to municipalities.

Unfortunately, publicly funded surveillance systems are prone to technical problems. They also face challenges in building out and maintaining network infrastructure. Given its role in public safety, the use of surveillance cameras should be a priority.

But how does a municipality overcome hurdles along the way?

By partnering with private businesses and entities that have robust and advanced surveillance camera networks.

Through public-private partnerships or P3s, surveillance camera networks are deployed within a city to help ensure public safety and promote camera-sharing initiatives. On a municipal level, however, the lack of resources make installation of surveillance cameras challenging.

But the benefits that come with video surveillance in a municipality should be reason enough to bring public-private partnerships within the municipal environment.

Municipalities that use surveillance camera networks can enjoy several advantages.

With P3s established within a municipality, resources and surveillance gaps will be addressed. As a result, law enforcement agencies will have access to existing surveillance assets owned by private businesses.

Public-facing cameras on entry and exit points and rooftops are used for surveillance and then tied back to a centralized location, resulting in a kind of force multiplier for agencies responsible for public safety.

Different publicly owned surveillance networks within a city can boost information sharing between first responders and law enforcement agencies when physical tools at their disposal are shared. So why limit information gathering and surveillance in a small range when it can be spread throughout an entire municipality?

Video analytics provide security intelligence that warns police in advance of possible crimes and troubles in public areas. Traditionally, algorithms of video analytics are focused on object detection and property intrusions. Advancements, however, have made them critical to law enforcement gaining an edge over law & order maintenance and crime prevention.

Panoramic cameras, however, provide end users with 180 to 360-degree views of a scene. If a municipality can’t afford to replace PTZs with the newer models, they can have access to them as part of public-private partnerships surveillance camera networks.

Diligence in camera service and maintenance

Surveillance cameras are critical to public safety. Therefore, they had to be regularly serviced and checked to ensure they work 24/7. Many crimes committed are left unresolved due to the lack of evidence that camera footage would have provided if it worked.

To prevent the same thing from happening within a municipality it is important to be diligent about service and maintenance of surveillance camera networks. Doing so will make installation and use of surveillance system worth the investment by both public and private sectors.

Surveillance cameras are an integral part of the global safe city initiatives that are predicted to increase from 2015 to 2020 by 80%, according to a report published by Homeland Security Research Corp. Make sure your municipality is not left behind.

In April of 2017, the City of Rancho Cucamonga broke ground on their new Sports Center.  Early on in the development process, developers worked with city staff and engineers from Leverage Information Systems to provide a robust surveillance and security platform for this new facility.  The new 55,000 square foot facility consists of both in door and out door multi-sport courts that serve the entire community.  The complex is scheduled to open in the Summer of 2018.

Leverage Information Systems was selected as the vendor to install a large contingent of surveillance cameras throughout the facility which will be incorporated into the city’s Public Safety Video Network.  The Public Safety Video Network is an ongoing city-wide deployment of surveillance style cameras designed to promote public safety and enhance the quality of life for the citizens. 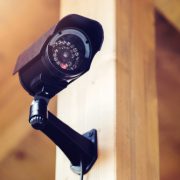