The City of Victorville has engaged Leverage Information Systems to unify various existing surveillance assets bringing them all together to function as one system.  Included in this initial deployment will be the Police Department facility including interview rooms, City Yards and a variety of key intersections.  A Phase 1A is also planned which will include expansion of the system to additional intersections throughout the city.  Leverage’s patented Peer-to-Peer architecture and DETECT Video Management Software were key elements in the successful integration of the existing systems. 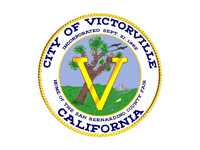