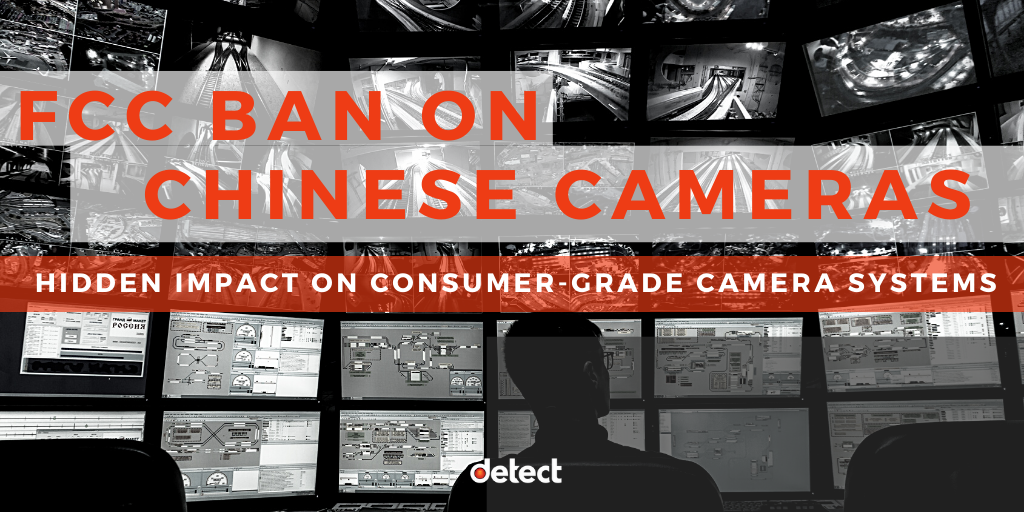 Congress recently passed legislation to effectively ban the importation and sale of all new products from Chinese surveillance giants Dahua and Hikvision in an effort to secure networks and protect the privacy and safety of U.S. citizens. However, even if someone is aware of these bans, it is extremely unlikely they would connect those giants to smaller off-the-shelf surveillance packages such as those sold direct to consumers. This leaves small businesses and private citizens vulnerable to purchasing a system that our government has warned could be used maliciously.

“…Although the NDAA itself did not explain the reason for the ban, those who voted for it cited human rights abuses, lack of cybersecurity safeguards, and a belief that the banned cameras can be used for mass-espionage.”

The China Communist Party philosophy in using Chinese companies to dominate a particular technology sector — surveillance— allows them to effectively spy on any portion of the global population that has not taken adequate steps to ban this gear from their networks. And perhaps even more alarming are the DJI drones being pressed into service to surveil ethnic Uyghurs. DJI was among eight Chinese companies added to a U.S. investment blacklist by the Treasury Department in December, and in 2020 the company was added to the Commerce Department’s Entity List, restricting its access to U.S. components.

What does this mean for you? Well, mostly we want you to be informed about some of the potential downsides of using what are usually low-cost cameras and components. There are a number of options that security professionals, like those at Detect, can help you find and install. In many cases, this hardware is of higher quality than that of companies like Hikvision and Dahua and still don’t break the budget — and come with the peace of mind that they are secure.

Watch a short video where FCC Commissioner Brendan Carr warns about purchasing products from firms on the threat list at https://www.youtube.com/watch?v=MAl4iBZr5eE