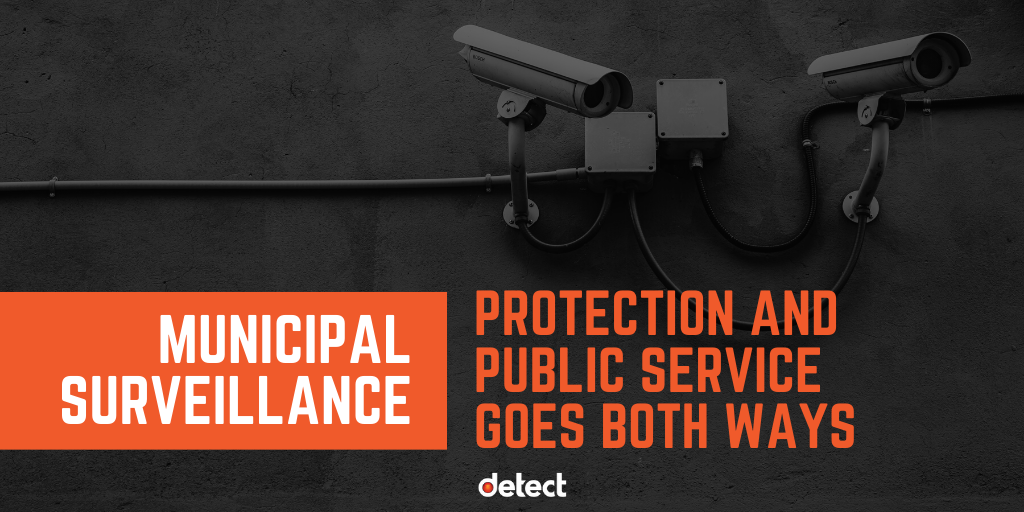 Many cities use public-facing video surveillance in the hopes of preventing crime, monitoring traffic flows, keeping an eye on public areas such as parks and shopping districts, and giving their law enforcement agencies an extra set of tools. The general idea is to improve quality of life overall for everyone who lives or works in the area. The social climate is changing—increased civil tensions, an uptick in unhomed individuals, and more interest in crowded gatherings all require more monitoring. People have accepted the idea of public cameras as a tradeoff for safety, but from the municipalities point of view, a good surveillance network provides even more.

There is no disputing the fact that with surveillance cameras, the police can prevent crimes from happening—and can use video forensics to solve cases. In addition, surveillance cameras protect against property theft and vandalism by acting as a deterrent, and in some cases, by utilizing alarms combined with outbound audio to stop a crime before it goes too far.

While stopping crime is a goal unto itself, being able to monitor and prevent theft and vandalism protects city property and keeps repair and maintenance bills to a minimum. Schools have used cameras as graffiti deterrents with great success for years, and anywhere a city has problems with ongoing vandalism can be easily monitored with a camera installation.

The newest housing crisis has caused the rapid growth of “tent cities” in many urban areas. These can, and should, be monitored, and a surveillance camera or two can go a long way towards keeping things peaceful and safe in an otherwise touchy environment. These cameras can provide a level of protection for the city as well, allowing for rapid response to incidents that can quickly get out of hand. 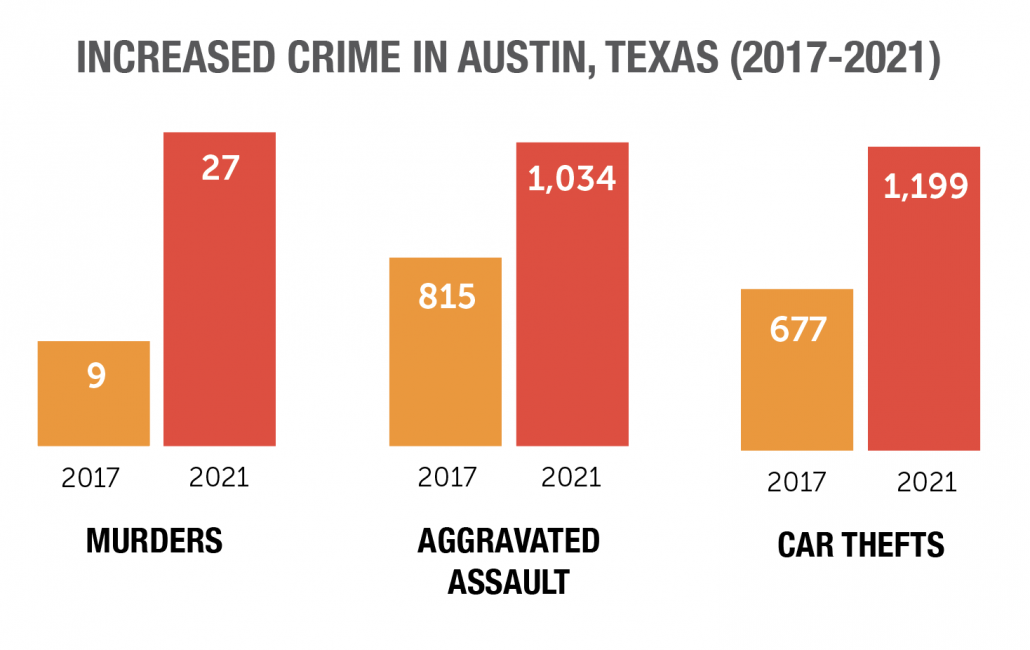 Crime has increased dramatically in cities across the United States. This data from Austin, Texas, shows the types of crimes that a strong municipal surveillance system can deter and solve. (Source: https://www.nrcc.org/2021/06/15/crime-skyrockets-in-austin-tx/)

When cameras are in the right place, they can be very good for providing material evidence when an accident or crime has been caught on film. For example, a camera placed near a freeway underpass can record the area, and capture the license plates and video of individuals illegally dumping furniture or garbage. Because DETECT VSS forensically watermarks incident video, it can be used to prosecute those individuals who were caught on video.

Or, a well-placed camera can be used to refute a claim of an accident happening on city property. If someone sues the city, claiming that they tripped and fell on the steps of city hall, it would be very easy to review the recorded video and see if their claim is true. Unfortunately, cities are a very compelling target for lawsuits, and having a form of protection to counteract the phone footage that is so prevalent these days is a common-sense way to protect your municipality from frivolous lawsuits.

Detect Video Surveillance Services are designed specifically to meet the unique challenges faced by municipalities and law enforcement agencies. We’ve solved problems such as privacy concerns and video retention so that your system is always in compliance with regulations. We believe that surveillance can protect both the city and the citizen equally and we have the track record to prove it. Contact us today for more information.