The City of Rancho Cucamonga has been working with the Chaffey Joint Union High School District to establish a network connection between the city’s four high school campuses and the Public Safety Video Network (PSVN). Leverage Information Systems designed and installed a wireless link at the Los Osos High School that connects directly to the PSVN. The connection at Los Osos provides connectivity to the three remaining high schools, Alta Loma High School, Etiwanda High School and Rancho Cucamonga High School. Integrating the high school campuses into the PSVN provides instant access to approximately 150 cameras spread out among the four campuses. This allows law enforcement to view and respond to activity occurring on any of the campuses adding an additional layer of security and safety for the students and the community. The equipment is now being installed and is expected to go live within the next week or so.

Within the Chaffey Joint Union High School District, there are twelve different high schools all networked together.  Four of these high schools, Alta Loma High School, Etiwanda High School, Rancho Cucamonga High School and Los Osos High School are located within the City of Rancho Cucamonga.  The school district’s network distributes surveillance video across their network.  We were able to take advantage of this design and created a wireless link at the Los Osos campus.  This link connects with the PSVN and provides access to the cameras not only at Los Osos but at the other three campuses as well.  This adds over 150 cameras to the existing PSVN making them available for live viewing.

The school district has full control of their cameras and recorded video.  All recorded video is stored and maintained at the district office.  In the event of an emergency or an event requiring first responder action, any of the cameras on any of the four campuses is accessible to determine an appropriate response.  The PSVN is capable of controlling Pan, Tilt and Zoom functions on any camera that supports that functionality.

This project had significant cooperation and participation from a variety of agencies all working together.  The City of Rancho Cucamonga provided support from their Police Department as well as their Department of Innovation and Technology (DoIT).  DoIT worked closely with the Chaffey Joint Union High School’s Information Technology administrators to work out details on how the two networks could communicate with each other.  There was considerable support from the Cucamonga Valley Municipal Water District and the Inland Empire Utilities Agency who provided access to their radio tower supporting the wireless link to the PSVN.  All of these agencies and departments worked together seamlessly with the engineers and crews from Leverage Information Systems to make this project a success. 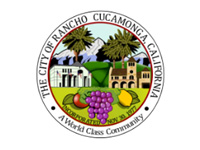 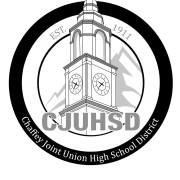