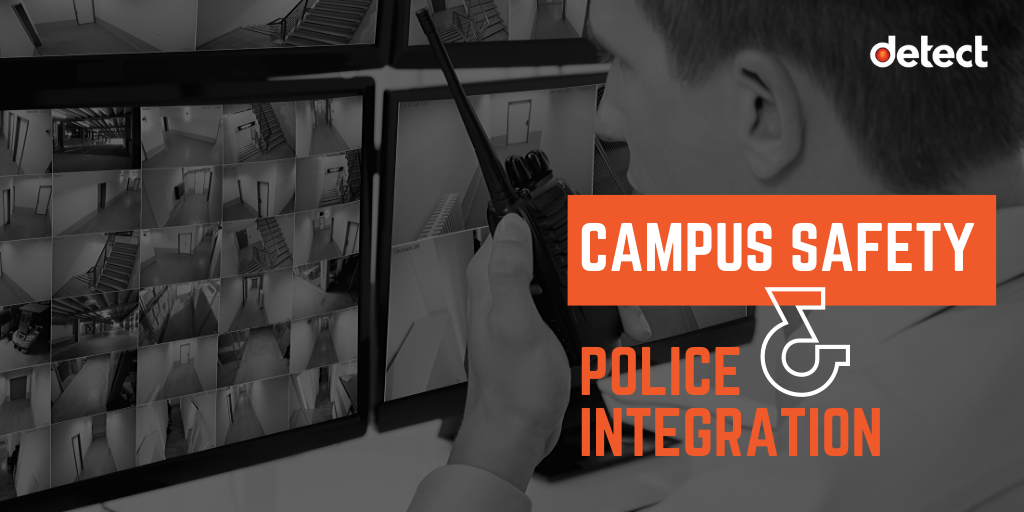 The complete surveillance network solution consists of over 100 fixed and PTZ cameras, thirty thermal-image sensors, PTZ-attached loudspeakers for audio intervention, multiple network video recorders, and VMS software and workstations at thirteen separate locations. Perhaps most importantly, the network utilizes a peer-to-peer architecture, where video is delivered with sub-second latency between all nodes—in other words, everything is monitored in real-time, allowing for split second decision making and rapid response times.

Now, none of this happened overnight. In fact, this impressive system is the work of careful planning and design evaluations that took place over several years. Also, prior to establishing the BUSD surveillance network solution, the Beaumont Police Department established a similar surveillance network for monitoring a number of high-traffic city locations, including a large community park. Because of their shared interest in the success of a quality surveillance program, and that both independently chose Leverage DETECT as their video surveillance solutions, BUSD and Beaumont PD established a Memorandum of Understanding between them, which granted Beaumont PD access to the BUSD campus’ live and recorded video.

One valuable achievement in designing a campus safety solution is seamless collaboration with local law enforcement agencies. Sharing system assets and feedback is the conduit that provides an increasingly informed response by public safety responders to both critical and non-critical events, and aids in post-event investigations. In addition, it provides an avenue to properly address nuisance behavior and criminal activity, which are tremendous benefits to campus safety personnel.

When properly planned and designed, a unified surveillance system can also expand a city’s public safety reach into adjacent campus areas without any additional expense to the city. This level of system unification increases the overall effectiveness of all stakeholders as it becomes a force-multiplier for both equipment and personnel resources. All this adds up to safer campuses and a safer community.

None of these objectives can be met without correct application of the right technology. The top objective in any unified campus surveillance solution is to implement tools that help users and first responders locate and respond to criminal and nuisance activity as quickly as possible.

Alerting dispatchers and campus officials to undesirable events is best achieved through camera analytics. The top camera manufacturers now offer a variety of alert and alarm options based on scene and image changes, and work well in stationary (typically indoor) environments where lighting conditions are more or less constant—entrances and hallways are perfect examples. Outdoor environments are more challenging to monitor due to constant lighting and scene changes, but there are options for those areas as well.

Straight out of sci-fi movies are thermal image sensors, which identify heat signatures over a large area and can alert system users about intrusions with a single sensor. When professionally tuned, these sensors increase system effectiveness by providing 24-hour surveillance, even in poor lighting. Often, thermal sensors are even more reliable than camera-only alarms due to their minimizing of false positive alerts. Independent alarm notification scheduling is another valuable feature that ensures the right personnel are notified of intrusions, at the right time.

The use of outbound audio—that is, using the loudspeakers mounted to a PTZ camera from a viewing workstation—has proven to be an incredibly effective way to address nuisance criminal behavior while it’s in progress. Once perpetrators are aware they’re being watched, the instances of undesirable behavior are quickly reduced, and many school districts report a reduction in fighting, graffiti, and vandalism.

Is Your District Ready to Make Surveillance Work for You?