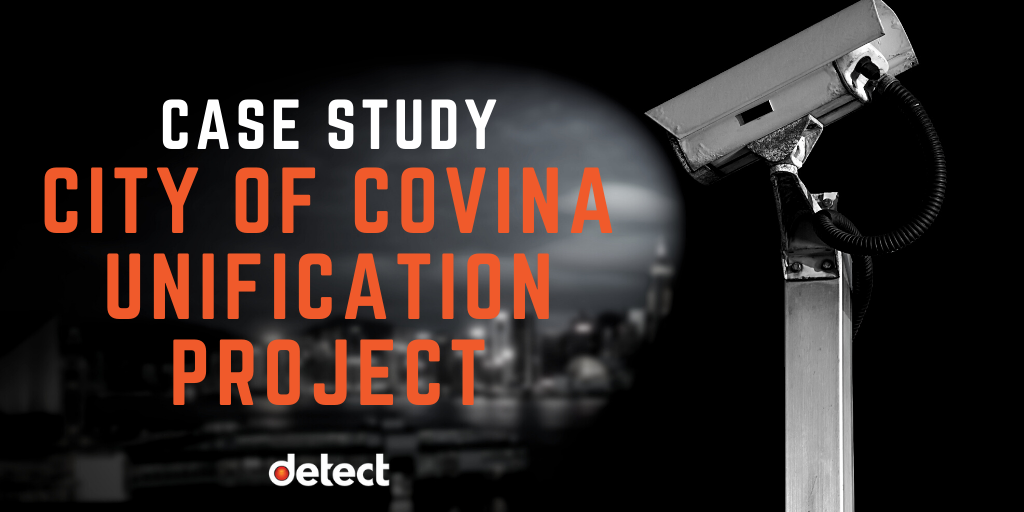 LEVERAGE thanks Chief of Police David Povero of the Covina Police Department for his assistance with this article.

Over the years, the City of Covina had worked hard and made great strides in redeveloping its downtown area to improve and attract new retailers, new customers, and create a vibrant community center for the public. The police department recognized that as a result of the increased number of guests in these areas, there would be potential for an increase in public safety issues.

The City had already been using camera systems effectively for many years. Stationary cameras had been utilized to protect city assets and provide live monitoring of critical infrastructure. The commuter rail station was previously monitored by cameras that could be viewed directly in the Police Department’s Dispatch Center. At the time, police patrol vehicles were equipped with a mobile audio visual (MAV) system that supplied recordings of the officers’ activity. The police station had a camera system to enhance employee safety and security, as well as monitor the jail operations. Covina had three intersections equipped with Photo Red Light Cameras to boost traffic safety measures, and those PRLC cameras and their recordings helped the police department with numerous criminal investigations. Additionally, individual city buildings, parks and local school districts operated stand-alone, independent surveillance cameras.

With the exception of the police department’s MAV system and the ATS red light cameras, the other cameras and systems mentioned were obsolete, had failed and were in need of replacement.

For several years, staff explored the conceptual idea of an interactive, city-wide unified camera system to increase public safety and complement its already strong policing model — not only at city facilities, but also in the downtown areas and at local schools. A priority of the project was to improve the effectiveness of surveillance cameras through recording and live monitoring, to provide real-time information to first responders that could be monitored from a singular observation platform. In essence, the City wanted force multipliers that could be used by both police dispatchers and supervisors to more effectively deploy public safety resources.

This was a huge, complex undertaking. Project managers from the Police Department worked with various stakeholders and ultimately LEVERAGE Information Systems, and quickly recognized that LEVERAGE is an industry leading IP communications networking solutions provider for a reason. Their Southwest Regional Office business unit is focused on delivering IP-based and hard-wired surveillance solutions that we harnessed to address our public safety concerns. At the same time, LEVERAGE was able to unify the existing surveillance assets throughout the city and get our system organized and efficient again. 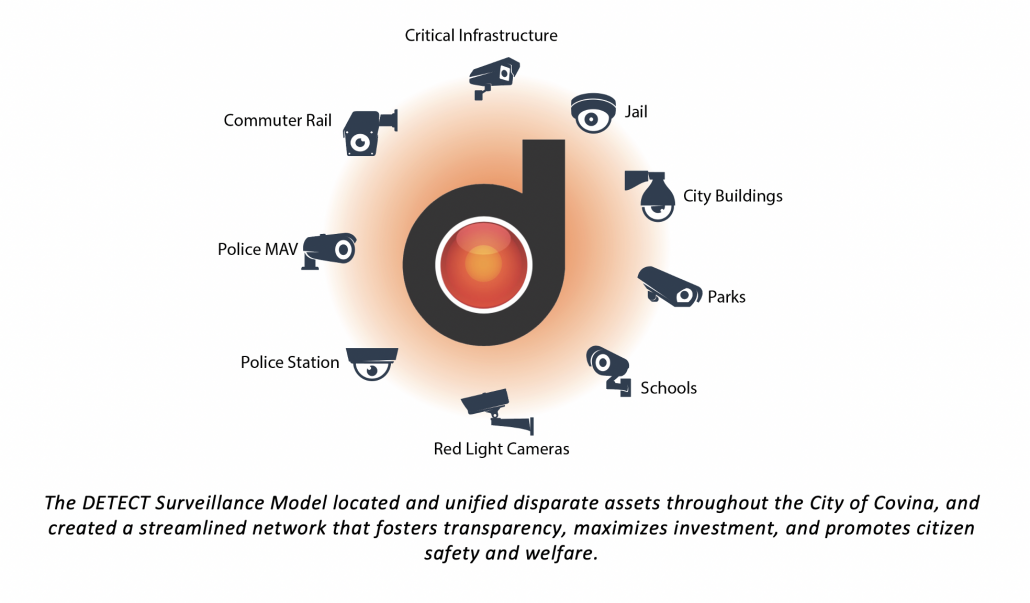 LEVERAGE has become known for their reliable public safety deployments within multiple law enforcement agencies in Southern California. Their non-proprietary architecture has been a flexible add-on growth because of its open architecture, peer-to-peer and recording license-free deployment mode. The City of Covina can also affirm that existing LEVERAGE surveillance implementations are easily expanded by adding additional surveillance nodes: our system has expanded on multiple levels beyond our initial deployment to include our commuter rail station, public parks, and school campuses. As a bonus, the team is local to Southern California, and the software is written, designed, and manufactured in the USA.