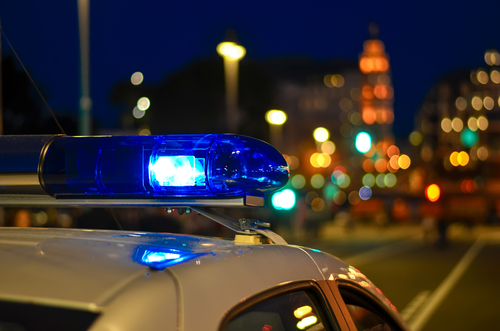 Compared to the early years of law enforcement, today’s police officers are far more sophisticated. A big reason for this is the evolution of technology law enforcement agencies use to track down and apprehend offenders of the law. Advances in technology have modernized how standard police procedures are done. One example would be in law enforcement video surveillance.

Now video surveillance itself is nothing new. In fact, it has been around for nearly a century.

Let’s have a quick look at how this technology has evolved and how law enforcement video surveillance is keeping our streets safer.

The origin of this can be traced back to 1942. Closed circuit television was used in Germany’s space station to view the launch of v2 rockets.

Below is a timeline of other relevant events in relation to the evolution of video surveillance.

1957 – A number of companies including General Precision Labs provided CCTV cameras for medical and industrial applications. These cameras supported greyscale video. Color video would be introduced in the same decade.

1970 – The introduction of the videocassette recorder (VCR) made video surveillance even more popular.

1996 – Axis introduced the first IP camera. Instead of a coaxial cable, it used the Ethernet network for communication enabling video signals to be sent as digital encoded signals instead of analog signals.

Techopedia defines digital video as “capable of capturing images and videos that can be compressed, stored or sent over communication networks.” Surveillance is a system that is done primarily through a closed circuit television system (CCTV and surveillance are often used interchangeably). Modern times calls for digital video surveillance that is sophisticated enough for law enforcement.

While stake outs are still an integral part of identifying a suspected criminal, it has become safer, thanks to surveillance technology. For one, police on the field don’t necessarily have to be within view of a person of interest’s home or workplace. They can follow a target’s movements through law enforcement video surveillance.

Another benefit of using such technology is that it deters criminals from harming both life and property. The possibility of being watched can dissuade potential criminals from doing things that can land a person in jail.

Finally, law enforcement video surveillance is used to help solve crimes. Footage from CCTV cameras can be used to look for clues to determine the perpetrator or obtain evidence that can be used to indict him or her in a court of law.

If you are in need of surveillance solutions for your organization we at Leverage Detect can offer something to satisfy any and all of your technical requirements. Click here to view our full range of products and services.